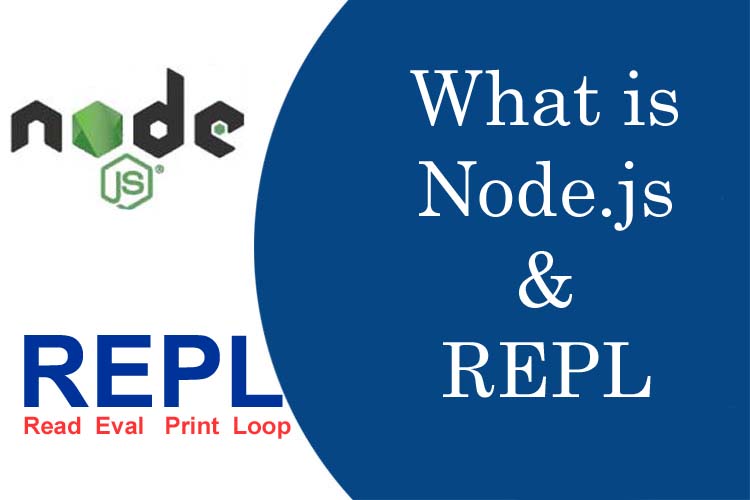 In a simple language, it is a JavaScript cross-platform and open source JavaScript runtime environment. Node.js allows to be run the JavaScript code on the server. Node.js runtime built on Chrome's V8 JavaScript engine. Node.js can be runs on various platforms (Windows, Linux, Unix, Mac, etc.).

Node.js eliminates the waiting, and simply continues with the next request. It runs single-threaded, non-blocking and asynchronous programming.

What is V8 JavaScript Engine ?

As such, V8 engine is Google Chrome's backend engine that provide to convert JavaScript code into machine language and also its response into client understandable language. There are more engine available for different browser also such as V8 Engine for Google Chrome, SpiderMonkey for Firefox and Nitro for Safari browser, etc.

A Google Engineer Ryan Dahl has an idea came into his mind in 2009, that how to run JavaScript code outside browser. He was very excited when his ideas was successfully implemented. He initially written in C++ language with V8 engine and called it Node.exe later on become Node.js.

In Asynchronous Programming execute one or multiple code / request at the same time and more upcoming request go for execute at the same time. One by one responses will be sent to client, not according to its upcoming queue but its execution taking time. It may be the last request get the response first. So it is called non-blocking system.

It may be understand by an example in Restaurant with two ways :

1. When a customer come and order to waiter for Roti and Matar Paneer. Waiter take the order and go to the kitchen and tell to cook the order and wait for ready the order. Whereas another customer come and wait for waiter to give an order. After sometimes waiter come with Roti and Paneer serve to first customer. After that it take order from second customer .... and so on with all the customer. This is Synchronous Processing.

2. When a customer come and order to waiter for Roti and Matar Paneer. Waiter take the order and go to the kitchen and tell to cook the order for ready. After that waiter take second, third and other order from other customer. He is not waiting for ready the first order. Waiter give the second, third and all order to cook also. Waiter serve the order one by one to customer, which is ready by cook first at the same time. This is Asynchronous Processing.

Node.js is fast, lightweight, efficient and an open source, server-side script which run on the Google V8 engine. It support asynchronous mode of operation, event driven I/O rather than using the traditional threads for each process.

How to install, configure and execute a sample program in Node.js

Node Package Manager is also called as "npm", which is the default package manager of Node.js. When we are installing Node.js, npm has been already installed. In the Node.js library it contains many useful modules. After that, more modules are downloading as our needs.

How to run REPL ?

After installation of Node.js, when you write code "node" and execute it, a new prompt show (>), here all REPLs command will be executed.

After that if you want to know REPL supported command that are run on REPL prompt (>). Type on > .help

.help command displays some command for run on REPL (>) environment.

Here you can create JavaScript file through .editor command, .exit command is used for exit from REPL environment.

In this article, we are studying about Node.js, when we use Node.js? why use Node.js? What is v8 engine? Synchronous vs Asynchronous programming? What is NPM? What is REPL? What is the way to run REPL.

You can also read about what is MERN?

In the further article, we are studying more about programming in MERN stack.

How to install and configure Node.js

What is MERN Stack ?